Bank of Canada maintains overnight rate target at 1 per cent 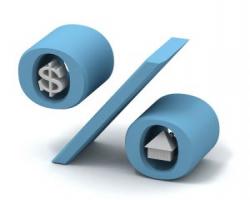 The Bank of Canada made it scheduled announcement this morning and has held firm with its ‘Overnight Rate’ at 1%.

This is generally good news for the housing market as it keeps interests rate low and mortgages correspondingly affordable for most prospective buyers.

Some economists are predicting that the rate will remain at this level or, surprisingly, made even go slightly lower due to pressures in the global economy and instability in Eastern Europe among other reasons.

Below is part of the Bank’s announcement:

OTTAWA – The Bank of Canada today announced that it is maintaining its target for the overnight rate at 1 per cent. The Bank Rate is correspondingly 1 1/4 per cent and the deposit rate is 3/4 per cent.

Total CPI inflation has moved up to around the 2 per cent target, sooner than anticipated in the Bank’s April Monetary Policy Report (MPR), largely due to the temporary effects of higher energy prices and exchange rate pass-through. Core inflation remains significantly below 2 per cent although it has drifted up slightly, partly owing to past exchange rate movements. Global economic growth in the first quarter of 2014 was weaker than anticipated in the MPR and recent developments give slightly greater weight to downside risks. The U.S. economy is rebounding after a pause in the first quarter, but there could be slightly less underlying momentum than previously expected. Globally, long-term bond yields have continued their decline, reflecting in part growing market anticipation that interest rates will remain low over the long term. This, along with buoyant stock markets and tight credit spreads, indicates that financial conditions remain very stimulative.

For the full press release from the Bank of Canada, please click here