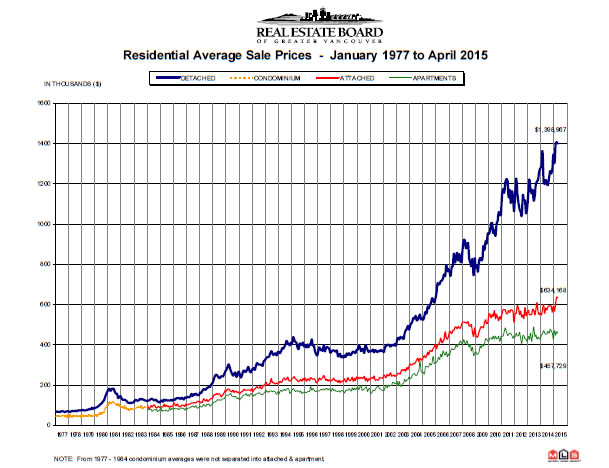 Last month’s sales were 29.3 per cent above the 10-year sales average for the month.

“The supply of homes for sale today in the region is not meeting the demand we’re seeing from home buyers. This is putting upward pressure on prices, particularly in the detached home market,” Darcy McLeod, REBGV president said.

New listings for detached, attached and apartment properties in Metro Vancouver totalled 5,897 in April. This represents a 0.9 per cent decrease compared to the 5,950 new listings reported in April 2014.

“It’s a competitive and fast-moving market today that is tilted in favour of home sellers. To be competitive, it’s important to connect with a local REALTOR® who can help you develop a strategy to meet your home buying or selling needs,” McLeod said. 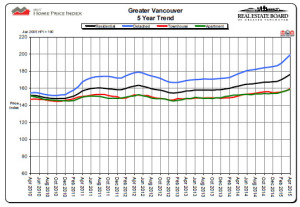 The MLS® Home Price Index composite benchmark price for all residential properties in Metro Vancouver is currently $673,000. This represents an 8.5 per cent increase compared to April 2014.

The sales-to-active-listings ratio in April was 33.6 per cent. This is the highest that this ratio has been in Metro Vancouver since June 2007.

To learn more about how this affects you and your real estate position or requirements, please contact Kevin O’Toole at 604.340.1267 or email kevin@findaproperty.ca