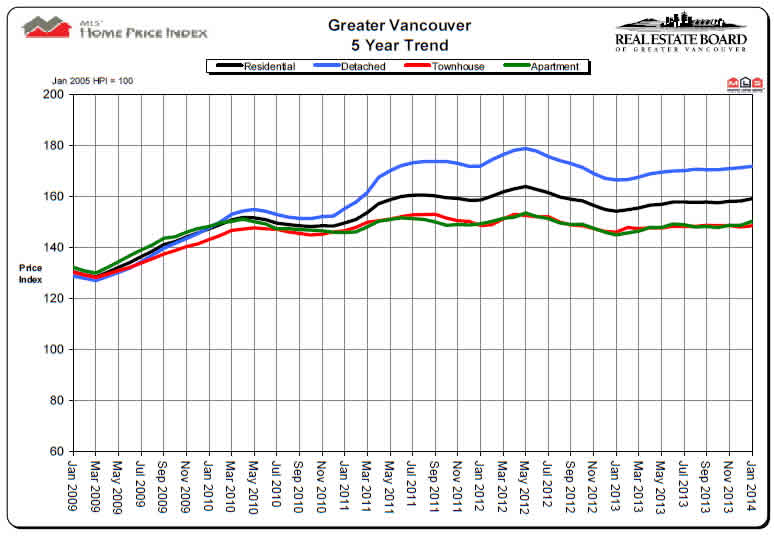 The sales-to-active-listings ratio currently sits at 18.9 per cent in Greater Vancouver, a 4.9 per cent increase from last month.

“Home buyer demand picked up in February, which is consistent with typical seasonal patterns in our housing market,” said Sandra Wyant, REBGV president. “We typically see home buyers become more active in and around the spring months.”

For a copy of the full market results, please contact Kevin O’Toole on 604-340-1267 or kevin@findaproperty.ca