Home sales in the Metro Vancouver housing market continue to outpace long-term averages for this time of year... 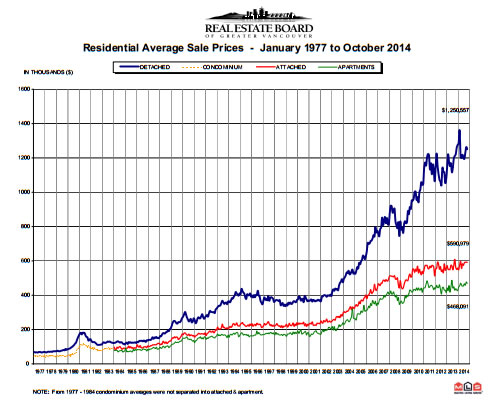 Last month’s sales were 16.6 per cent above the 10-year sales average for October.

“We’ve seen strong and consistent demand from home buyers in Metro Vancouver throughout this year. This has led to steady increases in home prices of between four and eight per cent depending on the property,” said REBGV president Ray Harris.

New listings for detached, attached and apartment properties in Metro Vancouver totalled 4,487 in October. This represents a four per cent increase compared to the 4,315 new listings in October 2013 and a 14.7 per cent decline from the 5,259 new listings in September. 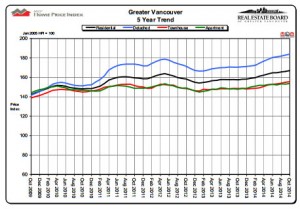 The total number of properties currently listed for sale on the MLS® system in Metro Vancouver is 13,851, a 9.2 per cent decline compared to October 2013 and a 6.6 per cent decrease compared to September 2014.

The MLS® Home Price Index composite benchmark price for all residential properties in Metro Vancouver is currently $637,000. This represents a six per cent increase compared to October 2013.