Home buyers continue to slightly outpace sellers, but not by much 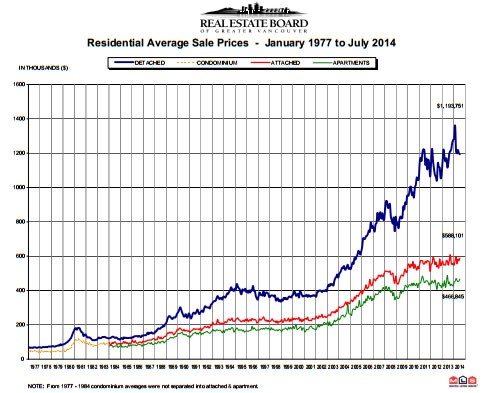 The Greater Vancouver housing market continues to see slightly elevated demand from home buyers, steady levels of supply from home sellers and incremental gains in home values depending on the area and property type

“This is the fourth consecutive month that the Greater Vancouver market has exceeded 3,000 sales,” Darcy McLeod, REBGV president-elect said. “Prior to this, our market had not surpassed the 3,000 sale mark since June of 2011.”

The MLS® Home Price Index composite benchmark price for all residential properties in Metro Vancouver* is currently $628,600. This represents a 4.4 per cent increase compared to July 2013. 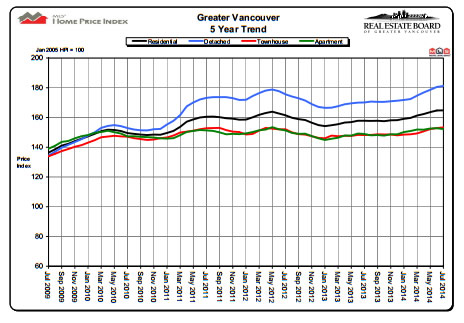 “Today’s activity continues to put Metro Vancouver in the upper reaches of a balanced real estate market,” McLeod said.
The sales-to-active-listings ratio currently sits at 19.6 per cent in Metro Vancouver. This ratio has ranged between 18 and 20 per cent over the last four months.